Career and life game changing information delivered personally to you.

Great advice from The Lawyer Whisperer

I am very excited to introduce my next guest for The Lawyer Whisperer Q&A Series: Eric Bahn, Co-Founder & General Partner of the Hustle Fund, a venture capital fund that invests in fast-executing teams at the pre-seed and seed stages. Hustle Fund was recently ranked by startup founders as one of the top four VC firms (they were in good company with heavy-hitter Andreessen Horowitz).

I’ve known Eric for many years and he is one of the most incredible individuals I’ve had the privilege to know. His journey is fascinating and inspiring. A child of immigrants, Eric’s family settled in the Midwest, where he was raised. He ventured West where he attended Stanford University receiving his BA in Political Science and MA in Sociology. As a college student, Eric thought seriously about attending law school, but abandoned that idea after learning more about the profession as my college intern at Solutus Legal Search.

Upon graduation, Eric opted for a product role at Intuit and aspired for an MBA. He self-studied for the GMAT and in the process created a social network of fellow future MBAers that turned out to be an international hit. Capitalizing on this lightening in a bottle, Eric turned this community into a company called Beat the GMAT…and an entrepreneur was born. Eric later sold the company – and after nine months as a world traveler, headed to Facebook. While working at one of the most famous companies in the world had its virtues, Eric couldn’t shake the drive…and need to innovate and grow small companies. He joined 500 Startups as a Venture Partner, Entrepreneur in Residence where he honed his craft for picking winners. It was here that he met his Hustle Fund Co-Founder Elizabeth Yin, an emerging superstar in the startup world. The two shared a common vision and values. Armed with a different approach to entrepreneurism, they set out to change the world.

When you meet Eric, several things are readily apparent: his selflessness and desire to help and connect people, his intelligence and quick mind, his self-awareness and constant desire to learn…and his positive nature – always recognizing the very best in each person he meets. Eric’s journey, like all of ours, has had its twists and turns. But his approach to life and humanity has helped him forge an envious life.

I am grateful for the opportunity to interview Eric and know you will greatly enjoy his insights.  Thank you Eric!

As an investor, what trends are you seeing in the emerging growth world?

I’m run a pre-seed stage venture capital firm, which focuses on investments into very early-stage startups. The businesses where we invest typically have an early prototype and little traction–but a big vision from the founders.

Founders who seek pre-seed investments typically turn to family members and individual angel investors to underwrite their investment rounds. There are a few VC firms that focus on this stage given the risk.

The current health and economic climate has produced tremendous volatility, particularly felt in the public equities space. Because many high net worth angels hold much of their net worth in public equities, these folks are observing fluctuation in their net worth that feels jarring. This has naturally elicited fear and insecurity, which is not the mindset to have when you’re thinking about pursuing high-risk investments like angel investments into startups.

As a result, angel rounds and pre-seed liquidity is drying up. Fast. There are fewer sources of capital available to founders at the very early stage, which is plummeting valuations for the founders. It’s an interesting buying opportunity for investors (get into great deals at lower prices), but it’s something that is surprising founders, coming out of several years of a frothy investment environment, pre-2020. 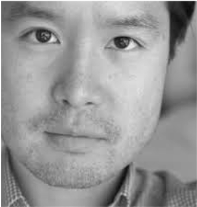 Such a tough question. My take is that winners and losers are going to be drawn by generational lines.

The winners? For me, the elderly population in the top 10% of net worth. They are enjoying a healthy stock market and debt market that will continue to underwrite their lifestyles until they die in the next decade or two. This is possible because they are overwhelmingly writing our laws and policies within the US government right now.

The losers? Everyone who’s younger. Gen X/Y, and especially Gen Z, may be saddled with several decades of deleveraging. Beyond younger folks holding the bag of the economy–there is also the poor climate that younger populations will have to inherit and navigate to survive.

Political feelings aside, as an investor I’m watching a few trends for possible other winners:

I’m excited about Southeast Asia. The US and China might be heading into a Cold War, and there is definitely signs of domestic inflammation within these respective countries. Southeast Asia–in particular Singapore, Vietnam, and Indonesia–feature well-educated, young populations–plus a growing middle class. Foreign investment appears to be healthy into this region, as some investors are starting to turn away from opportunities in the China and US. A lot of capital and a healthy market can lead to a substantial innovation.

I’m also looking at Canada as a winner. Given that the US federal government is making it much harder for skilled foreign workers to stay in the country, Canada is running in the opposite direction to serve as landing zone for the best educated, most talented foreign folks who wish to stay in North America. I’m excited to watch what Canadian innovation will ensue from ingesting so much great talent.

What is your advice to professionals about taking risks in this environment?

The current climate is a serious moment of fear. And it’s certainly warranted, as we might be starring into the deepest downturn since the Great Depression.

For my investment team, we are using this moment to step on the gas to build up our brand and continue to deploy capital based on our model. For pre-seed investing, as mentioned above, capital sources are drying up to founders. However we have not slowed down on deploying capital at our fund, but have actually increased deployments a bit. There are so many great founders raising on excellent valuations for investors; it seems like a moment to buy into the dip that won’t be seen for another decade.

What do executives and managers need to do to keep their teams mentally healthy, motivated and positive?

I’m struggling with this question. I think it’s OK to feel like shit right now, since these are shitty times.

I’m grateful that we’re feeling outrage about society’s handling of the Coronavirus. I’m also grateful that many of us are outraged by the treatment of Black Americans. It’s channeling a reset of society that I never thought I would witness in my lifetime. And it’s compelling real action.

Because we’re sheltering in place, professional and personal lives have no boundaries, so I think that recognizing that we are experiencing a lot of vulnerability is just a good thing to do. We’re all human, and in a moment like this I think it’s fair to feel overwhelmed.

Feeling motivated and positive isn’t my near-term goal. Making sure that my team and founders feel seen and heard is where I am spending most of my attention.

What have you learned about yourself during these challenging times?

How much I love and depend on my wife. She truly is the matriarch of our family, and I find her resiliency absolutely inspiring. I think I’d be in much worse shape without her and the kids.

Here’s what I hope:

What are you doing to stay mentally and physically healthy while you are quarantined?

I see a therapist. I should have done this years ago. If you have resources to engage with one, it’s one of the best things you can do to improve your mental wellbeing and relationships.

In terms of physical health–I’ve been super poor about this. I’m not exercising regularly, but I do practice fasting. Reducing my calories dramatically has strangely contributed to increasing my energy and mental clarity.

The Lawyer Whisperer is referred to as "The Dear Abby" for lawyers. It's the hottest career column in the legal profession. Subscribe Today.

No Comments have been posted.

Please login or join now to ask your question

Are you an Employer?

Post a job for free! Take advantage of this promotion and advertise your job for 30 days. Use promo code LWJOBS

Kudos From Our Fans

Julie has been a great partner and trusted advisor to me over many years. The Lawyer Whisperer is a terrific resource, whether you are new to the profession or a seasoned counsel.

The Lawyer Whisperer is required reading for any lawyer who wants to be thoughtful about their career.

Great insights on career planning that help me talk with our associates and IH counsel who are thinking about a transition.

The Lawyer Whisperer posts are always wise, thoughtful, well written and leave you with new ideas - I try not to miss a post.

No one understands the changing profession better than Julie. She is a proven ally to those of us trying to forge new paths and push the boundaries of what is possible in a legal career.

Julie is the Dear Abby for lawyers. Her column is one of a kind.

Receive our newsletter for latest trends, compensation info and secrets to a winning career strategy.

No new questions this week

The Lawyer Whisperer Will Change Your Career. <span>Promise.</span>

Referred to as “The Dear Abby for Lawyers”. The Lawyer Whisperer is the most talked about career column in the legal profession. You’ll learn the latest market trends and secrets to creating a winning career strategy – delivered by the legal career’s acclaimed and award-winning expert.

Subscribe free today and you will receive information and advice that will impact your career each day for the better.